Cable Bahamas Ltd. Board names Franklyn Butler as next CEO 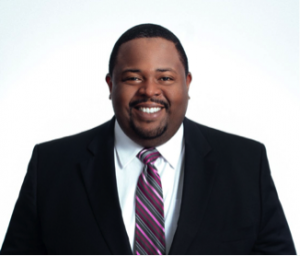 Cable Bahamas Ltd. announced today the appointment of Franklyn A. Butler II as its new CEO. Franklyn has served on the Board of the Company since 2011 and was appointed Executive Vice Chairman in June 2017. Franklyn holds the following positions currently: Chairman of AML Foods Limited; Chairman of Aliv ; Director of APD Limited and Chairman of the Milo Butler Group. It is significant to note that Franklyn will be the first Bahamian to lead Cable Bahamas since its inception in 1994, and his appointment marks a significant milestone for the Company that has a history of investing in Bahamians.

“This is the perfect time for Franklyn Butler to take the helmas CEO”, said Gary Kain, Chairman of the Board of Directors atCBL, “The Company is strong and continues to grow; our next CEO needs to drive the Company’s customer centric culture, continue to build on CBL’s incredible financial successes and drive the continued growth of the Company.” Mr. Kain continued, “Franklyn is well suited for this role. His ability to lead and connect with people as well as his financial background, having run his various family enterprises, places him in an excellent position to lead Cable Bahamas, which as a Bahamian Company needs and deserves strong Bahamian leadership. The Board of Directors is confident that Franklyn will excel in his role as CEO.”

As a member of the CBL Board, Franklyn Butler was instrumental in driving the Company’s focus on its employees through the expansion of its human resources initiatives, including talent development; the launch of its employee engagement survey; employee recognition programme, the executive 360 survey and talent assessment initiatives. The focus was designed to engage, measure and develop employees and managers of the Company. Franklyn is a champion of the REV, Aliv and Summit customer centric culture and has an incredible ability to inspire, energize, and connect with employees and customers alike.

Franklyn replaces Anthony Butler, who announced his retirement this week.